Panama, country of Central America located on the Isthmus of Panama, the narrow bridge of land that connects North and South America. Embracing the isthmus and more than 1,600 islands off its Atlantic and Pacific coasts, the tropical nation is renowned as the site of the Panama Canal, which cuts through its midsection. It is equally well known for its natural beauty, for its diverse plant and animal life, including hundreds of bird and tree species, and for its vibrant music and culture. 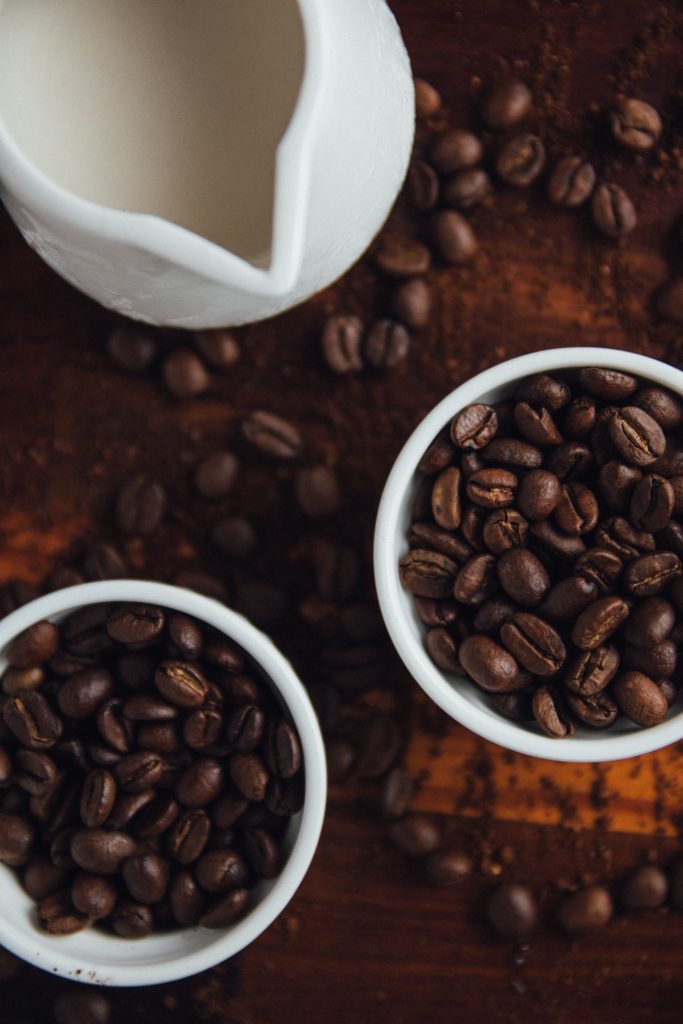 Panama enjoys a lively mix of cultural influences, expressed in the country’s cuisine, artwork, music, and literature. Its capital, Panama City, is located on the Pacific coast just east of the canal. A cosmopolitan city where skyscrapers tower above whitewashed bungalows, it enjoys a handsome setting and a growing importance as a commercial and financial services centre for the region. However, its economic progress has been hampered periodically by environmental problems and political turmoil.

The home of several Native American peoples, such as the Guaymí, Kuna, and Chocó, Panama became the first Spanish colony on the Pacific. Celebrated as “the door to the seas and key to the universe,” it served in the 1530s as the staging point for the Spanish conquest of the Inca empire, and until the 19th century it was a transshipment point for gold and silver destined for Spain. With the independence of Colombia, which once controlled Panama, from Spain, Panama came to serve as another staging point, this time for oceangoing migrants to the gold fields of California. 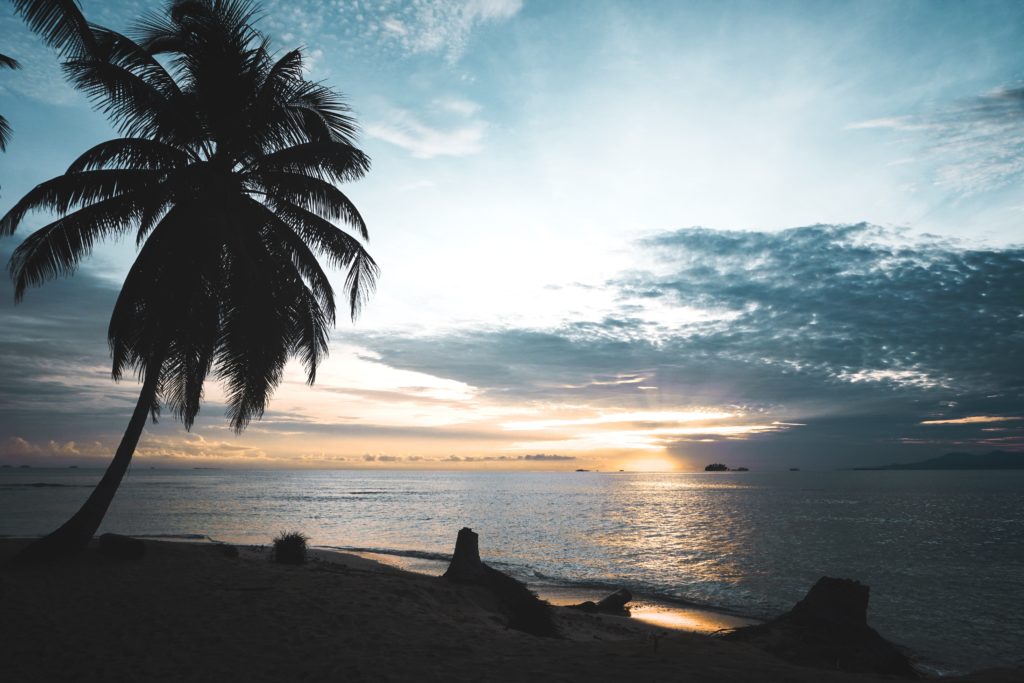 Since 1914 the 51 Mile (82 Km) long Panama Canal, which connects the Atlantic and Pacific Oceans, has afforded a long-sought shortcut for shipping and assures the country’s standing as one of the most strategic transportation hubs of the world. The canal also secures Panama’s ongoing role in international affairs and world commerce. The United States relinquished jurisdiction of the Panama Canal on December 31, 1999, marking an unprecedented shift in Panamanian society. For the first time in nearly a century as an independent nation, Panama controlled the entirety of its national territory. 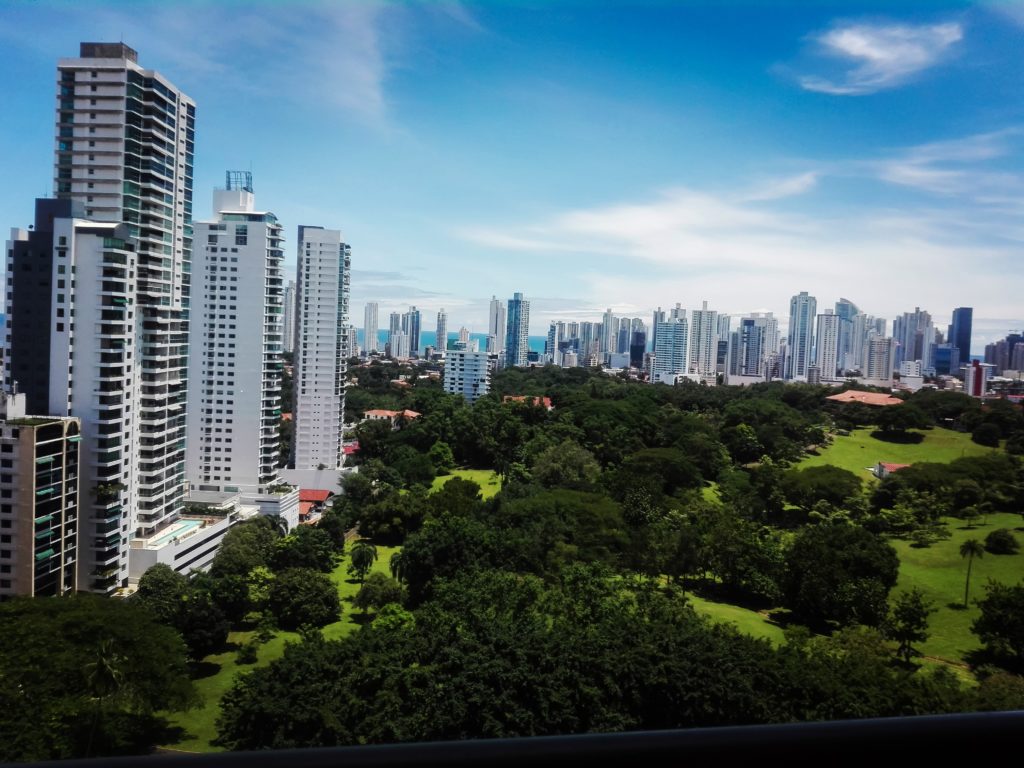 Panama is bounded to the north by the Caribbean Sea (an extension of the Atlantic Ocean) and to the south by the Pacific Ocean. It has an elongated S shape, with its Caribbean coastline stretching some 800 miles (1,290 km) and the Pacific coast some 1,060 miles (1,700 km); however, a line drawn from the Costa Rican frontier in the west to the Colombian border in the east would extend only 480 miles (770 km). The shortest distance across the isthmus is about 30 miles (50 km), from the mouth of the Nergalá (Necategua) River, which flows into the Gulf of San Blas on the Caribbean shore, to the mouth of the Chepo River on the Pacific coast. Nearly as narrow is the portion of the isthmus traversed by the Panama Canal.

A central spine of mountain ranges extends almost the entire length of Panama, dividing the country into Atlantic- and Pacific-facing slopes. The two principal ranges, the Tabasará Mountains (Cordillera Central) in the west and the Cordillera de San Blas in the east, are separated near the centre of the country by a saddle of lower land. This depression (the Panama Canal site) divides the country again—roughly into western and eastern halves. Of the four quadrants thus formed, the southwestern has the largest number of settlements; however, the environs of the canal account for most of Panama’s population and commerce. The country’s highest peak is an inactive volcano, Barú (Chiriquí), which reaches an elevation of 11,401 feet (3,475 metres).

Paralleling the principal mountain chains, a lower mountain arc extends along Panama’s southern coast. It appears only in well-separated segments—for example, on Azuero Peninsula as the Canajagua Massif and in eastern Panama as the Sierra de Jungurudó, Sapo Mountains, and the Majé Mountains. The highlands and mountains are made up primarily of igneous (volcanic) rocks.

The lowlands include the plains of Panamá and Chiriquí provinces, the plains and hills of Colón province, the Chepo and Chucunaque river basins in the east, and the narrow northeastern plains of the Caribbean region. Sedimentary rocks such as slates and shales underlie most of the lowland zones.

The Pacific coastline is extended by the Azuero Peninsula and the Gulf of Panama and by numerous headlands and bays, whereas the largest embayment on the Caribbean side is Chiriquí Lagoon. The Pacific coastline is more indented and irregular, and its continental shelf is much wider than that on the Atlantic side. In addition, most of the republic’s more than 1,600 islands lie off its Pacific coast; they include the Perlas Archipelago (Pearl Islands) and the islands of Taboga, Cébaco, Parida, Jicarón, and Coiba, the largest. The principal archipelagoes off the Caribbean coast are those of Bocas del Toro and San Blas.